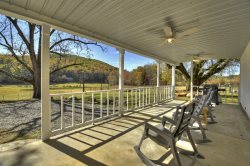 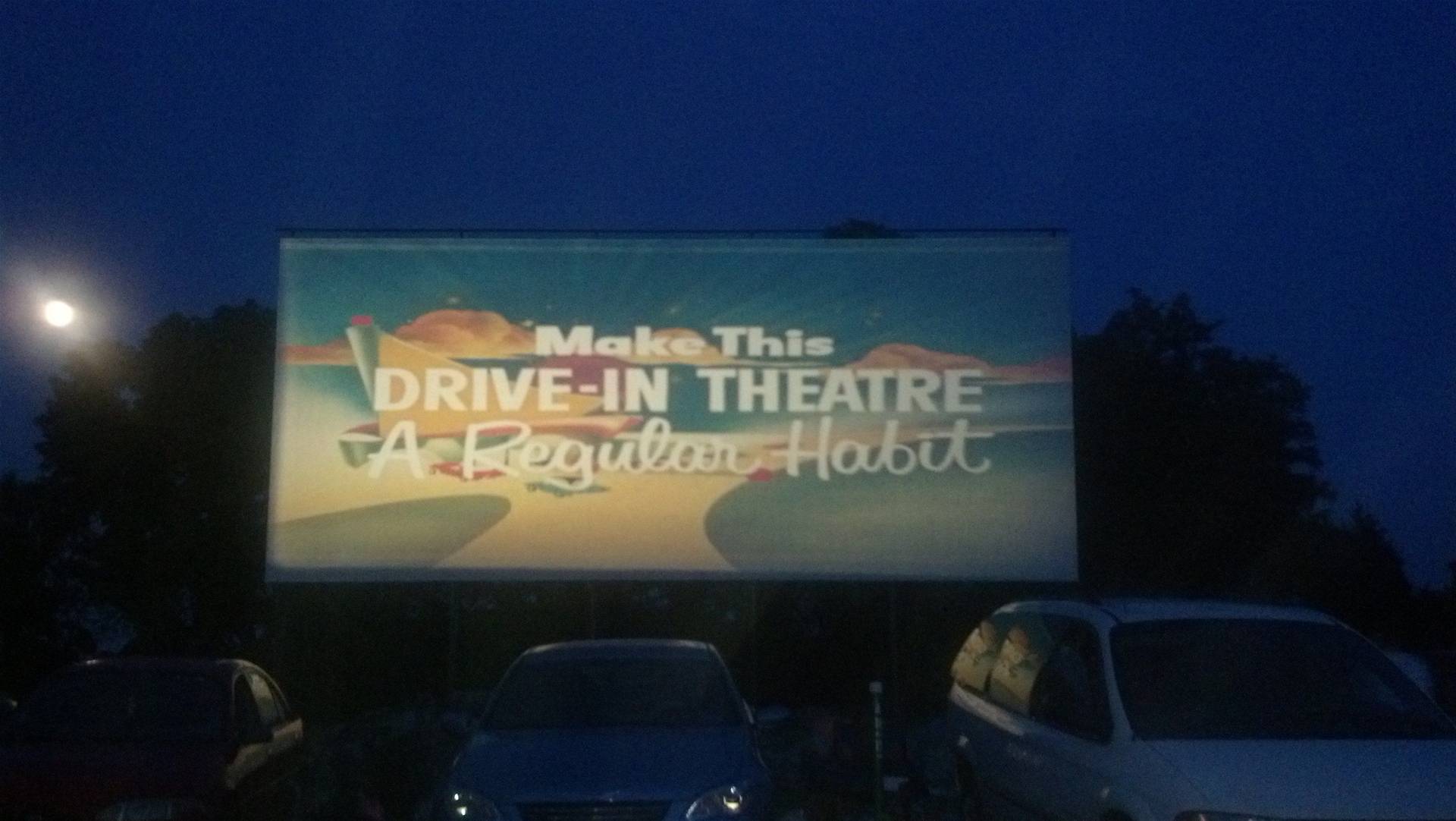 Discover the Swan Drive-In a long-standing institution in Blue Ridge Georgia with a rich history. Enjoy a flick under the stars with the entire family.

One of four remaining drive-in theaters in Georgia, the Swan offers first-run movies year-round. Located at 651 Summit Street, Blue Ridge, GA, contact the office at 706-632-5235 to find out what movies are currently showing and the weekly schedule.

History of the Swan Drive-In Theater

In 1949, Jack Jones, Sr., Bernice Kiker Tilley, and W.H. Tilley, Jr. (known as "H" Tilley) purchased the Rialto and Royal Theatres, Blue Ridge, Georgia, from Willard and Betty Mowbray. Shortly after the purchase, Bernice sold her interest to Jack and "H". The Rialto Theatre had been built in 1946 and 1947. Shortly after it was completed, the old Royal Theatre was closed and movies were shown only at the new Rialto. Mr. Mowbray had come to Blue Ridge in the late twenties or early thirties and had started showing movies in the brick building located on West Main Street where the fire department is now located. 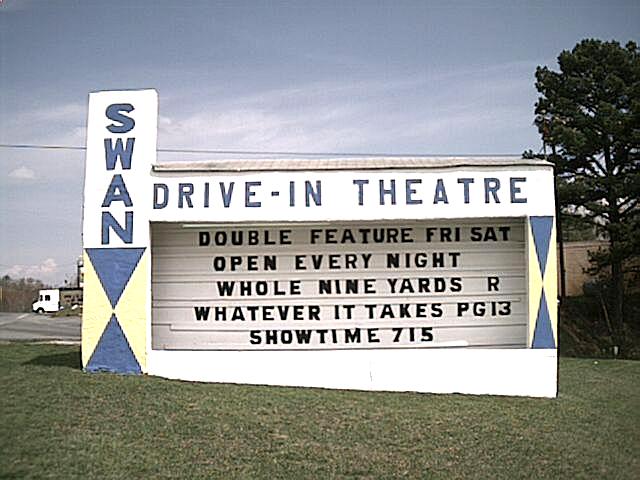 Mr. Mowbray showed movies in the building until he built the Royal Theatre on East Main Street. This theatre was small and could only seat around 200 people. As the area grew, the seating capacity was too small and the new Rialto was built to seat 500 people. The Rialto was built on East Main Street in the same block where the old Royal theatre was located. At the time, Jack and "H" purchased the theatres, the Royal had been closed and only the Rialto was in operation. There was no television in Blue Ridge at this time and the movie-going crowd was so large they opened the Royal Theatre again and showed movies at both places. The price of a ticket was $.32 for adults and $.15 for children. At the Sunday matinees, adult tickets were $.25 and $.10 for children.

In 1955, Jack and "H" built the Swan Drive-In Theatre that is located on 651 Summit Street, Blue Ridge, Georgia. Building this drive-in was a real challenge. Locating a piece of property large enough that was suitable for a drive-in theatre would turn into a big problem. The first property purchased for the drive-in was on East First Street where Blue Ridge Supply and several other buildings are now located. They would be forced to build a tall fence on the street side of this property to keep the car lights from shining on the screen. They were advised by engineers that the property was not suitable.

The City of Blue Ridge owned a large area of property known as the William Cunningham Circle and they were able to lease several acres from the City, on which to build the drive-in theatre. The property they leased had large gullies, hills, and valleys that had to be graded. The grading was much more than had been expected and several times they almost gave up. They considered quitting as it was such a large job. After they started the grading, they hit slate rock and dynamite was the only thing that could move it. The grading was done by Mr. Raleigh Hembree, a local man that was an expert at his work who encouraged them to keep on trying. After the land was graded, wired for the speakers, paved, the concession stand and box office built, there was another LARGE problem.

The screen tower would have to be built on the ground and then raised in parts. There was not a crane any nearer than Atlanta Steel Erectors. Many of the construction workers and `lookers-on` held their breath as the job was completed. The cost of the crane was $100.00. This drive-in theatre was the beginning of the real growth of Blue Ridge. People came from miles around to see movies on a large screen.

Why the Drive-in Was Named Swan

During World War II, Mr. Tilley was stationed in England part of the time before being sent into The Omaha Beach Landing in the Normandy Invasion. While in England, he admired the Swans swimming in the lakes and ponds. They were so beautiful and peaceful he suggested this name "Swan" for the new drive-in. Mr. Jones also liked the name as it was short and would be easy to use on a neon sign. This is why the drive-in was named "SWAN". Mr. Jones served in the Marines before World War II. During the first part of World War II, he was stationed in Panama helping build an Air Force Base. He also helped in the construction of an Air Force Base in West Palm Beach, Florida.

Jack Jones, Sr., and W.H. Tilley, Jr., operated these theatres until 1959 when Mr. Tilley sold to Mr. Jones. The Swan Drive-In is still operating and is one of four Drive-In theatres left in the state of Georgia. The Old Royal Theatre is still standing on East Main Street, Blue Ridge, Georgia, and has been converted into a Doctors` Office. The Rialto Theatre was partially burned in 1963 and has been rebuilt as a retail store.

Jack Jones, Sr., passed away in 1980. W.H. Tilley is retired and still resides in the City of Blue Ridge, Georgia.

Find Other Things To Do