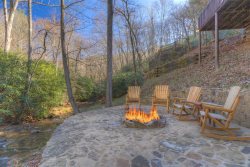 Everybody knows that Blue Ridge is known for its beautiful mountains, hilly hiking trails, the wild waters along the Ocoee River, and of course the fun weekend getaways in a beautiful Blue Ridge vacation cabin rental with your family. But did you know that Blue Ridge also has three breweries in the downtown area?

This micro brewery and brewpub was started by Tom Fennell while he was in Germany enjoying a glass of beer at the communal table in the Augustiner BierGarten. When Tom returned home to Blue Ridge, he joined up with Pat Walker of the Blue Ridge Brewery and they began selling their first beer in October of 2012. By June 2013, a deal with Eagle Rock Distributing was signed, and Fannin Brewing Company's beers were on tap in 8 local and regional restaurants. Soon, production of beer increased, and distribution grew to 14 restaurants and eateries, and then to 24. In April, they began brewing in their new location at 3758 East First Street, and the tasting room opened later in May. Tom and Pat have combined their love for German beer, experience making wine and their passion for the mountains to create world-class beer with local focus. Some of the beer they have are named for places in Fannin County such as Hiwassee Golden Ale, Blue Ridge Lager and Toccoa Brown Ale. Fannin Brewing Company is partnered with Eagle Rock Distributing, which sponsors many events in Blue Ridge such as Fire and Ice, Taste of Blue Ridge, and the Blues and BBQ Festival every year.

Another unique brewery located in downtown Blue Ridge is the Grumpy Old Men Brewing. Founded in October of 2012 by Steve Webber and Chipley McKnight, Grumpy Old Men Brewing is a small, must-see nano brewery in downtown Blue Ridge. As long as there is a car in the driveway, then the brewery is open for business. Steve and Chipley were a couple of old retired guys living in the Blue Ridge Mountains, who started brewing in their backyard, and were quickly graduated to a more efficient system when their brews became popular with family and neighbors. Their corporate mission is simple: “If we don’t like it, we don’t drink it. If we don’t drink it, we don’t sell it.” That’s the kind of hometown good ole boy feel that people love when they come to Blue Ridge. In January, Grumpy Old Men Brewing was visited by the Beer Street Journal. Soon after the visit an article was written, and a video was posted on the Beer Street Journal’s website. A few of the beers Steve and Chipley have are named for local spots in Fannin County such as Aska Pale Ale, a well-known road in Fannin County, Hell’s Holler Porter, and Moon Over Blue Ridge.

Created by two guys who have a love for craft beer with years of experience and met while working at another local brewery. AHB Alan was a head brewer at two other local breweries, and Joe worked as a river guide on the Ocoee and construction worker. When they met on the job, they both found working together worked so well that they decided to go into it for themselves. They are so good that they are positive that they have a beer for you! With support from their amazing wives, they have pursued their passion in traditional styles of beer but also plan on doing other sorts like IPAs, stouts, and sours.

Once you visit any of these three craftsman style businesses, you are sure to return with a thirst for tasty beer. When you have that special brewed beer, think of all the time, energy, and thought one of these amazing men put into making your experience a one of a kind. And think of the possibilities you could come up with to enjoy one of these cold, original style beers… cozy up to a crackling fire or enjoying a fun family cookout at your vacation cabin rental in beautiful Blue Ridge Georgia. What will you do to enjoy? 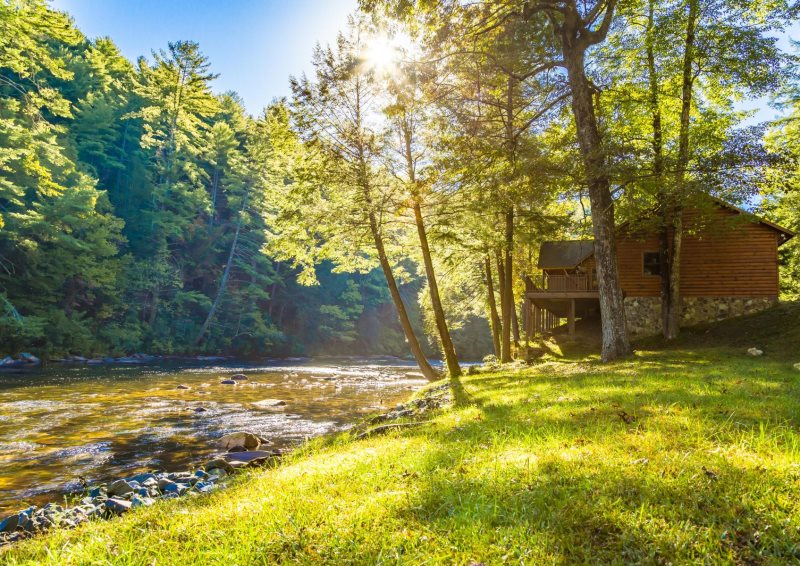 Because Blue Ridge offers a quality and affordable vacation experience, make this town a destination for your next vacation. You have many options in accommodations including beautiful vacation cabin rentals in and around town. In and around Blue Ridge, these vacation cabins come in various sizes and amenities. Some are near a creek, some are hidden in the woods, some are close to wonderful hiking trails, but all are close to a brewery.